The sun was setting and illuminating the skyline of Los Angeles. It was the end of the day, and each skyscraper was radiant with colors of yellow and orange.   It was a magical sight.   My front seat passenger agreed on how beautiful it was and was hurriedly taking phone photos while we zipped through the frenetic traffic of Highway 101. In between obstacles of cars, buildings, signs, and power lines she tried to get a shot, but it was near impossible from our current vantage point and speed.  Still, she managed to get something.

I have seen snowcapped mountains, sun splashed lakes, and colorful beach sunsets, all of which are beautiful in their own right.  However, a conspicuous row of skyscrapers lit up from the sun with various colors, can be just as stunning in my opinion.

It was if the city was giving us a vibrant good-bye to the fun filled day that we just experienced in its neighboring city…Hollywood.

I have been to Hollywood many times despite the fact that it is almost two hours from my house. Our guests didn’t want me to do much driving once we got there so, they booked a bus tour as well as entry to Madame Tussaud’s Wax Museum.

It was decided what we would do for the day, the tour, the museum, Hollywood sign, movie star homes, the Chinese movie theater, and Rodeo Drive.  All within miles of each other but at least 30 minutes apart, thanks to traffic and streetlights.

First up was the bus tour in a combined package, including the wax museum. The boarding area was just a block away and all of us headed straight up to the open-air top floor although, I bee-lined it for the shaded area.

Riding on top of the double decker is the place to be as it seems like you have a bird’s eye view of everything.

However, gone are the cheerful tour guides that used to stand atop the bus spouting out interesting facts and humorous antidotes via microphone. Today, you plug in a supplied set of earphones near your seat and a voiced-in person talks to you at the volume you select.  Occasionally, the mysterious voice said something funny, but it didn’t have the same appeal as a live person.

Nonetheless, the facts that we heard for the almost two-hour trip were fascinating and informative.

Along the way, we saw the CBS building, Paramount Pictures Studios, the Capital Records building, The La Brea Tar Pits, the star packed Ivy Restaurant, LA Farmers Market, The Petersen Auto Museum, and, much, much, more.   There are many stops where you can get off and investigate further, then hop back on at a later time.

The bus tour took us through two of the most well-known streets in Hollywood but couldn’t go down Rodeo Drive because of weight limits imposed.  So, we came back later to visit that infamous Boulevard.

Rodeo Drive is not long, and it only takes a few minutes to go from point A to point B.  However, this two-mile-long street probably has more money in its stores than five malls combined.

This is where the super-rich come to spend.  On a lucky day you may see stars or entertainers with multiple bags in their hands.   Sitting proudly on the Blvd., the world-famous stores, jewelers, and designers all vie for the black cards and Benjamins of their wealthy customers.   You’ll see names like, Louis Vuitton, Dolce & Gabbana, Prada, Versace, Saint Laurent, Gucci, Tiffany, Cartier to name a few.

It is worth a few minutes of your day if you are in the city just to drive by.  Now, as far as going into the stores, I can’t help you there as I have only gawked from the comfort of my car.

Do you remember this famous song ‘Celluloid Heroes’ from the Kinks? Its lyrics were as follows, “You can see all the stars as you walk down Hollywood Boulevard.  Some that you recognize, some that you’ve hardly even heard of.”

It is so true; miles and miles of terrazzo and brass stars are set into the sidewalk with the names of movies stars, singers, musical groups, or even politicians. I must admit some of the names I did not recognize, as the song said.  However, because of my age, I did know a lot of the old-time movie stars, directors, and such.  Unlike the teenager in our group who kept saying, who? Who? Who?  I felt like I was walking with a barn owl.

END_OF_DOCUMENT_TOKEN_TO_BE_REPLACED 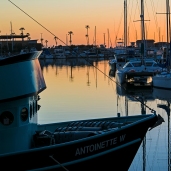 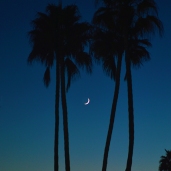 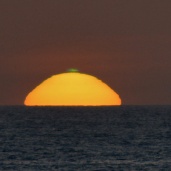 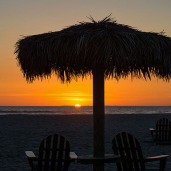