“I only went out for a walk and finally concluded to stay out till sundown, for going out, I found, was really going in”
-John Muir

I saw some photos on Facebook from a few friends who just hiked the John Muir Trail which they called the Yosemite to Reds Meadow section.

I asked if I could post the photos and then I set out to Google a little bit about it for you hikers out there. 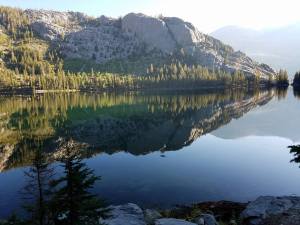 Construction of the trail began in 1915 after the passing of its namesake Sierra Club founder and conservationist John Muir.

Judging by the photos I saw, I can see why it is a popular place and a must do if you are an avid hiker. 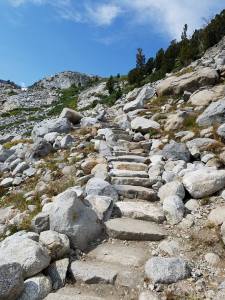 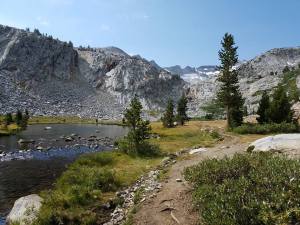 The best time to hike is July through September and it requires some planning on what to take for the duration of your trip, plus don’t forget you need a permit.  The trail does not cross any roads but there are several resupply points near the trail.

I am not a hiker but the photos make me want to become one. I am a more of a beach girl but for a week or two I would love to be out in the wilderness like that.  It seems to be so peaceful and a way to cleanse your soul.

Check out the John Muir Trail and see if it is something you would like to do. 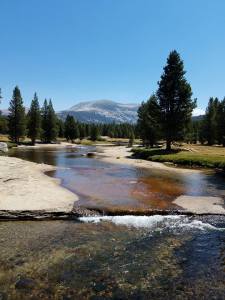 I will leave you with a few quotes from John Muir himself:

“When one tugs at a single thing in nature, he finds it attached to the rest of the world.”

“Keep close to Nature’s heart… and break clear away, once in awhile, and climb a mountain or spend a week in the woods. Wash your spirit clean”